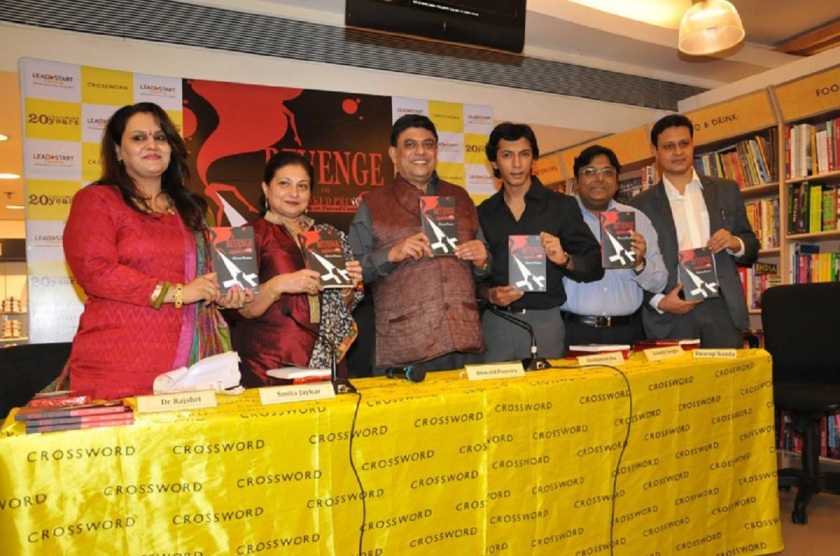 Incredible, extremely gripping and gut wrenching, Revenge of the Naked Princess moved me to tears,” said bestselling author Ashwin Sanghi. The novel, which is a dark tale on forced conversion by Portuguese missionaries in India in the sixteenth century, attracted great critical acclaim from authors, actors and the media,

“Revenge of the Naked Princess is macabre, brilliant, delightful, hugely enjoyable, and thoroughly readable,” The Speaking Tree, a Times of India publication, said in a review. “Oswald Pereira has a manner — that only a few good writers have — of making a dark tale so thoroughly readable,” the review added.

“A fantastic read. Dark and fast-paced, Revenge of the Naked Princess is one of the greatest historical Indian fiction books I have ever read,” said Anand Neelakantan, bestselling author. “Oswald Pereira made literary news with his political thriller, The Newsroom Mafia. Revenge of the Naked Princess dwells on yet another compelling subject of forced conversions,” added Mumbai Mirror, a Times of India publication.

In a review, Dfuse.in, said, “Very novel, fresh, dark and brilliant, Revenge of the Naked Princess is full of multitudinous twists and turns, keeping up the reader’s interest till the very last page. Characters are well-rounded and show an amazing depth.” The review added, “Tarantino’s Inglourious Basterds drew as much attention for its altered take on history as for creativity of the director in filming the entire movie. Oswald Pereira does something similar for the literary world with his new book.”

“After a long time did a book challenge my imagination as a reader. Revenge of the Naked Princess has a superb climax,” said Annup Sonii, actor and celebrity anchor. Added actor and spiritual guru Smita Jayakar, “I loved Revenge of the Naked Princess because it is an unputdownable woman-centric story with a huge message.” Actor Anshuman Jha described the novel “an absolute scorcher, like a feature film unfolding before you,” and remarked, “It is a book crying to be made into a film.”

The blurb on the book says, “Revenge of the Naked Princess shows how brutal, forced conversions can blur the line between religion and carnage.” Taking a peep into the book, it says: “On a hot, humid morning in May 1545, a joint conversion brigade of the Portuguese King and the Pope set out to spread Christ’s message of love and compassion, but they leave behind a deathly trail of murder and mayhem. Armed with a monstrous cannon and scores of firearms, the brigade raids Princess Darshana Kamya Kathodi’s palace in Tana, carrying for her and her people the King’s inviolable conversion order, sealed by the Pope’s promise of a new heaven. The beautiful, 18-year-old tribal princess fights back with her ace archers’ poison arrows.”