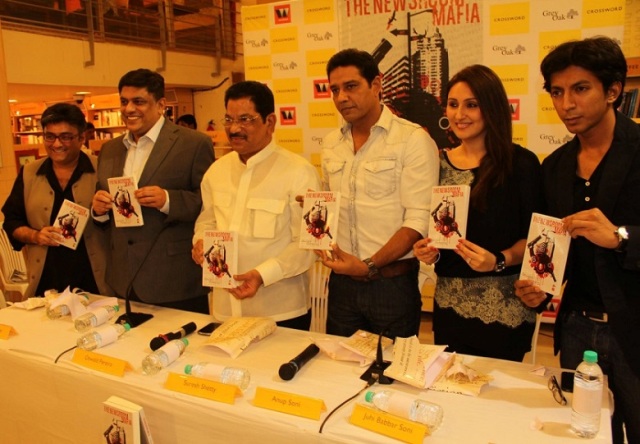 Oswald Pereira’s novel, The Newsroom Mafia, has “a chilling ring of truth to the story,” said The Telegraph in a review. In an interview with Mid Day, Oswald said the novel exposes “the ugly underbelly of journalism.” The newspaper which did a full-page feature on the novel, said, “At a time when uncomfortable questions are being raised about journalistic credibility, the novel is very timely.”

“A hard-hitting book, The Newsroom Mafia scrapes the depths of the infamous media-government-underworld nexus,” Times of India’s What’s Hot said. “This book is a film crying to be made,” the DNA said in a review. Reflecting this view, The Bangalore Mirror said, “The Newsroom Mafia oozes tremendous cinematic appeal.”

“Through his work of fiction, Oswald Pereira manages to bring out the bitter truth of what goes behind the news,” said the Deccan Herald. “With a dangerous blend between fiction and reality comes Oswald Pereira’s The Newsroom Mafia,” added The Tossed Salad. “It’s a daring book,” echoed Tehelka.

In an interview with Sakaal Times, Oswald said: “Journalists criticise others, but they never put themselves in the dock. I wrote this book as a kind of introspection and to make it clear we (journalists) are not as holy as we all claim to be.” He added, “The book tells the world about that section of journalists who compromise their credibility.”

Apart from the narrator, Oscar Pinto, the other principal characters in the book are the supercop Donald Fernandez and the underworld don Narayan Swamy.

When supercop, Donald Fernandez declares an all-out war against the invincible Don, Narayan Swamy, he fights back with a formidable Mafia – a private army of armed thugs and a motley gang of corrupt police officers, backed by powerful politicians.

What follows is a battle of raw power, sleaze, wits and dirty tactics by both the law breakers and the law enforcers, blurring boundaries between good and evil. To save his skin, the Don fires his most lethal weapon, The Newsroom Mafia. In this novel, veteran-journalist-turned-novelist, Oswald Pereira provides an insider’s view of the growing culture of planted news and reveals the fine line between fact and fiction in the newsroom. A racy, compelling crime thriller, The Newsroom Mafia captures the unholy alliance between the fourth estate, the underworld and the government.