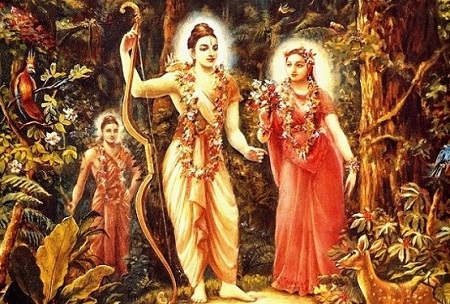 My fervent prayer is that we all awaken the true Ram within, to defeat Ravana forever ― and find liberation, says OSWALD PEREIRA

Growing up in an environment where people of different religions lived harmoniously together and celebrated each other’s religious festivals, Lord Ram is an intrinsic part of my consciousness. However, the sceptics among my peers have the tendency to categorise the Ramayana as mere mythology; and therefore the corollary is that Lord Ram didn’t really exist but is a religious creation.

This cynicism has been countered by spiritual gurus and religious scholars, who have gathered enough evidence to prove that like the Mahabharata, the Ramayana is likewise true.

Puru (Joseph) Selbie, an author and founding member of Ananda, a worldwide spiritual movement, says, while researching and writing the book, The Yugas, “I arrived at the conviction that much of the Ramayana, and other ancient epics, is probably true.”

The Ramayana was likely composed during the last Treta Yuga, according to Sri Yukteswar Giri, Paramhansa Yogananda’s guru. Mental telepathy was the normal means of communication during Treta Yuga, when mankind as a whole could comprehend “Divine Magnetism.” Yogananda, too, has referred to Divine Magnetism as the “power of all powers.”

Says Puru: “Attunement to such power would lead to individuals becoming themselves vastly powerful. Telekinesis, mantric weapons (i.e. elemental vibration harnessed to the control of the mind), drawing on astral beings (i.e. the devas) would all fit with Sri Yukteswar’s description of Treta Yuga.”

He adds, “it would not surprise me if many of the battles and feats described are much closer to being literally true than is popularly believed.”

Puru goes on to cite concrete evidence to prove the truth of the Ramayana. He says, satellite photos have revealed an underwater formation (averaging about 100 feet below sea level) between the southern tip of India and Sri Lanka.

Geologists are at a loss to explain how it could have formed, he points out. Elaborating on the formation, he says, “Seasonal currents, such ones that create barrier islands near coastlines, cannot explain it because the currents reverse themselves during the year and would carry off any deposits left behind earlier in the year. A general sea bed uplift cannot explain it because the formation is very narrow.”

“If you see a satellite picture of it, and you are familiar with the Ramayana, you can’t help but think of Rama’s bridge!” affirms Puru.

For me, whether the Ramayana is myth or reality and Ram existed or didn’t is not really important. What is important is the spiritual teachings in the Ramayana that are a priceless gift to the human race.

Ram is soul consciousness. Ram is the inner light that leads us to our destination. More than that, He is Divine Consciousness.

There is Ram in each one of us, irrespective of the religion we follow. Ram is in our souls ― which is on a journey to reclaim the kingdom of self-realisation. But there is one roadblock to our journey. That is the Ravana that also co-exists in an average human being.

In past lifetimes, in this lifetime, and in future lifetimes, Ravana had existed, exists and will exist. We may have achieved small victories against Ravana. But they were not big enough to liberate us. The battle continues. Our victories are marred by an equal number of defeats. It will require supreme effort through divine devotion, concentration and will power to win the battle and overcome the lower self, and free the Kundalini, reuniting it with the Purusha, our Higher Self and then reach enlightenment within.

My fervent prayer is that we all awaken the true Ram within, to defeat Ravana forever ― and find liberation.

(Featured and other pics Courtesy: adventureofgod.blogspot.com)