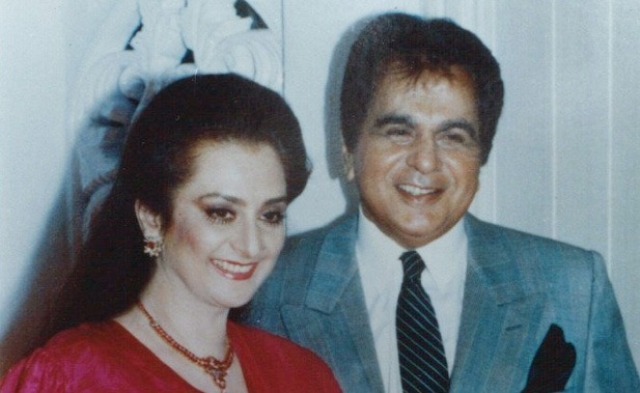 No one can ever take the place of the unforgettable legend, the emperor, Dilip Kumar ‘Khan’, says OSWALD PEREIRA, in a tribute to the actor, who died yesterday

It was the summer of 1982. In the washroom of The Times of India (TOI), in Mumbai (then Bombay), as I was slowly rinsing my hands of the liquid soap, a man rushed to the wash basin next to me, vigorously lathered his hands with soap, washed them off in breakneck speed, bent low and began splashing his face repeatedly, dabbing it noisily to make sure the water had either soaked in or was washed away.

I hadn’t bothered to study the man, though his energetic, noisy and speedy washing routine was irritating me. A cleanliness freak myself, in my slow and systematic way, I went for the second round of washing and cleaning and so did the man next to me. This time, though, he was noisier and faster, increasing the intensity of the flow of the tap. When he splashed, I realised some droplets had flown quite close to me, missing my face by a whisker.

A brash, aggressive young man that I was in those days, I had formed the choicest sentence to insult my neighbour in the washroom, imagining that he may be some crazy, arrogant TOI official, whom we reporters hated from the bottom of our hearts, for (washroom) reasons I will shortly reveal to you.

“Hey, haven’t have you bathed at home?” I was about to insult the man next to me, when he looked up, smiling at me, like a god. That god was Dilip Sahab, who muttered a soft, gentle, but warm “Hello,” and breezed out of the washroom, like a whirlwind, shutting the door behind him vigorously and noisily. He didn’t seem to be walking, but gliding in the air.

I couldn’t believe my eyes and ears. The hero whom I had adored for his bravery on screen, ever since I was a boy of eight years, was right next to me for a few minutes and had even acknowledged me with a warm hello.

Reporters and the legendary Dilip Kumar have one thing in common ― bravery. Apart from tragic characters, Dilip Sahab played brave roles in his movies, including that of a crusading journalist in the 1984 film, Mashaal, in which he exposes the ills of society. To be a successful reporter, you can’t be chicken-hearted but need to be brave.

While the common citizen is secure in his home in dangerous times, reporters are out on the roads covering communal riots, where people are butchering each other; train accidents to witness mangled bodies extricated out of coaches; fire sites to see burn victims; house collapses to witness bodies buried in debris brought out of the rubble and many more gruesome sights. These days, journalists have the additional hazard of being jailed or killed for writing the truth.

Coming back to Dilip Sahab, I wouldn’t have been lucky to meet my idol, were it not for the bravery of an ex-TOI colleague, who had left the organisation by the time I had joined the newspaper in 1981. The journalist, a reporter, was once in a tearing hurry to use the washroom.

So, he rushed to the washroom, marked “For Officers Only”, facing the cubicles where the advertising and marketing teams were housed. A security guard saw him emerging out of the washroom and noticing that he was not one of the ‘officers’ in the cubicles, questioned him. When he learnt that he was a reporter, who is not a designated officer, but part of the editorial staff, he was taken to the personnel manager (in the old days, HR heads were called personnel managers), who warned that if he “committed the mistake again,” he would be suspended or sacked.

The reporter was not cowed down and said he would continue to use the “For Officers Only” washroom, because differentiating between washrooms on the basis of job role was discriminatory. The matter was referred to the newspaper’s editor, who took the reporter’s side, called his secretary and immediately dictated a letter saying that reporters and other newspaper staff were free to use any washroom they liked.

Knowing about the story, I made it a point to always use, the “For Officers Only” washroom. After my strange encounter with Dilip Sahab in the washroom, I was even more glad that I had made that choice.

If Dilip Sahab had come to know of this comic story, he would have surely laughed and burst into the song, Saala Main Toh Sahab Ban Gaya, from the 1974 film Sagina in which he played the role of a factory labourer ― lovable, but honest and aggressive, who was the first to fight against the tyranny of the British bosses in the tea gardens of north-eastern India.

Dilip Kumar won the Filmfare award for best actor eight times and was also the winner of the Dadasaheb Phalke Award in 1994. He was also honoured with the Padma Bhushan and Padma Vibhushan.

More than his tragic characters, I loved Dilip Kumar for his roles as a brave fighter in movies like Shaheed, Mughal-e-Azam, Gunga Jumna, Ram Aur Shyam, Kranti, Shakti, Saudagar, among others. In 1962, British director David Lean offered him the role of Sherif Ali in the film, Lawrence of Arabia. But Dilip Sahab declined and the role went to Omar Sharif. Incidentally, Dilip Sahab spoke impeccable English with a perfect accent.

Dilip Sahab was a tragedy king, and also a brave warrior, rustic, earthy and down-to-earth. He lived to the ripe age of 98, because he lived a healthy, decent life, not letting success or stardom go to his head.

I have been his fan even before I turned 10 years. Those days, there was only one cinema hall, Prabhat Talkies, in Thana (now Thane) where I lived and no public transport. The quaint town was as safe as paradise.

I, as a boy, used to trudge, alone, a few kilometres, and be seated on a long wooden bench in the front rows of the cinema hall, watching Dilip Sahab’s movies for a princely sum of five annas. As we were a family of seven siblings, with limited pocket money in those days, that’s all I could shell out.

And I must share with you, my little boyhood secret. In 1966, when Dilip Kumar wed Saira Banu, who was half his age, he broke not only my heart, but the hearts of many friends, who had a crush over the Bollywood beauty. I soon forgave him and reconciled to the fact that the best man always wins.

Indeed, Dilip Sahab was the best. My best Bollywood hero, his real name was Mohammed Yusuf Khan. He was the “The First Khan” and, undoubtedly, walked tall among all the Khans of Bollywood.

No one can ever take the place of the unforgettable legend, the emperor, Dilip Kumar ‘Khan’.