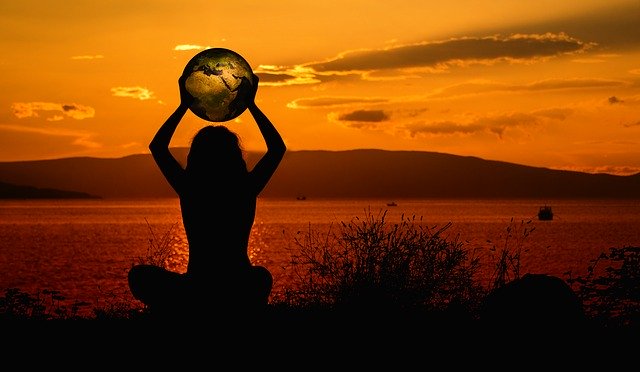 Our Christian priests told us, ‘The Kingdom of God is Within you’. They also said, ‘The only way to Heaven is through Christ.’ As a youngster, I quite liked the first statement, a quote from the Bible, because it gave me the choice and put on me the responsibility of finding God. The second statement, though, didn’t go well with my young, rebellious mind, which then and now as well seeks equality, irrespective of which God you follow.

Yes, Jesus Christ did say, “I am the way and the truth and the life. No one comes to the Father except through me.” But I believe, He said it more to include people in His grand plan of redemption, rather than exclude others. God, to my mind, is a Supreme Power of inclusion ― not exclusion.

Over the years, my faith in a Kingdom of God within me and each human being has grown, but my opposition to the assertion, ‘No one comes to the Father except through me’ has also grown―stronger. Surely, Christ is aware of other nations, who are not His followers. And as a Messiah of love and compassion for all creation, He couldn’t be shutting the gates of Heaven to those who don’t follow Him by name.

And on the concept of a Kingdom of God, in recent years I have begun to wonder whether Christ meant Kingdom in the literal sense.  A kingdom is ‘A monarchy with a king or queen as head of state.’  So does it follow that deep within me there’s a monarchy ― and considering that almost all monarchs are males ― a king, who is God? Somehow God and monarchy don’t jell spiritually. It is perhaps this concept of God as a Kingdom that has led to so much of violence and bloodshed in the name of religion, more specifically the Christian faith.

In his book, The Kingdom of God Is Within You, Leo Tolstoy affirms that the modern church is a heretical creation: “Nowhere nor in anything, except in the assertion of the Church, can we find that God or Christ founded anything like what churchmen understand by the Church.” A more Christ-like interpretation of The Kingdom of God within all of us is universal love, according to Tolstoy, who came to this conclusion after spending 30 years of study and contemplation on the subject. Non-violence is an integral part of this thinking.

Tolstoy did put the Christian concept of Kingdom of God in proper perspective, interpreting it as the Messiah might have intended it to be.  But to my mind, the word Kingdom was used not to convey the idea of a physical or material domain, but rather a spiritual one. After all, God talks to us in the language we understand and the metaphors we comprehend…so that explains the use of the word Kingdom.

He adds, “The inner peace first experienced by the devotee in meditation is his own soul; the vaster peace he feels by going deeper is God. The devotee who experiences unity with everything has established unity with God in the temple of his infinite perception.”